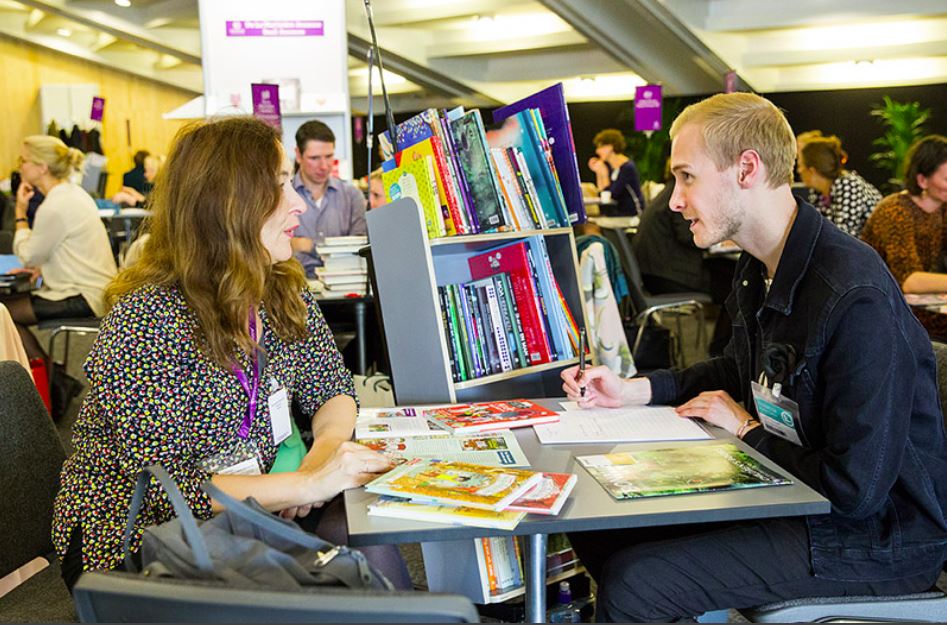 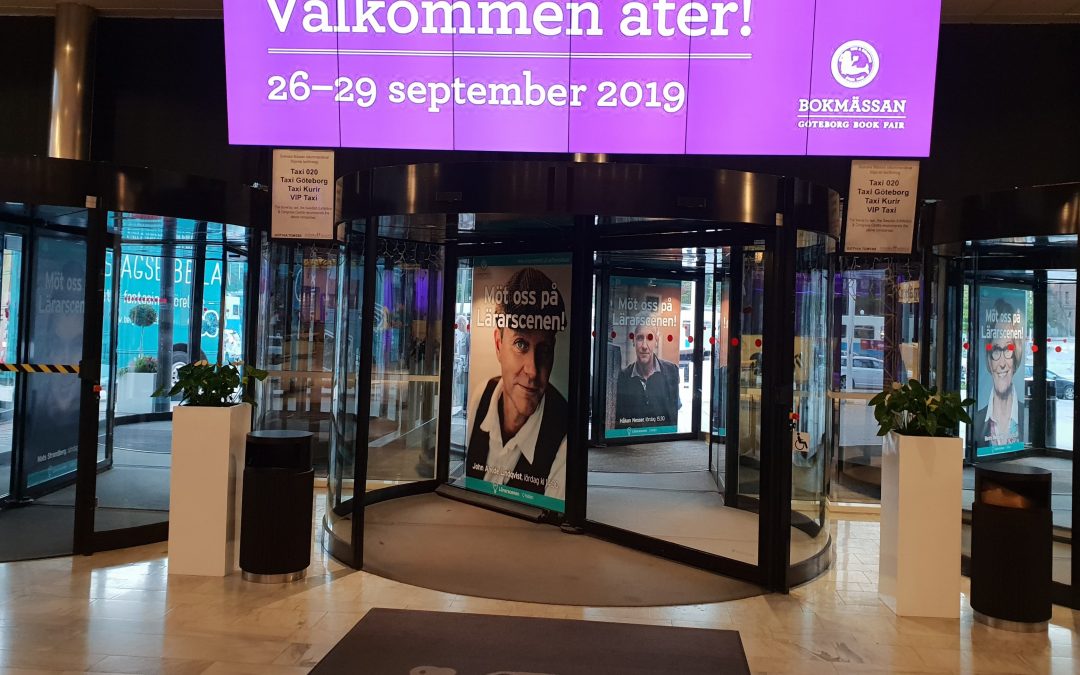 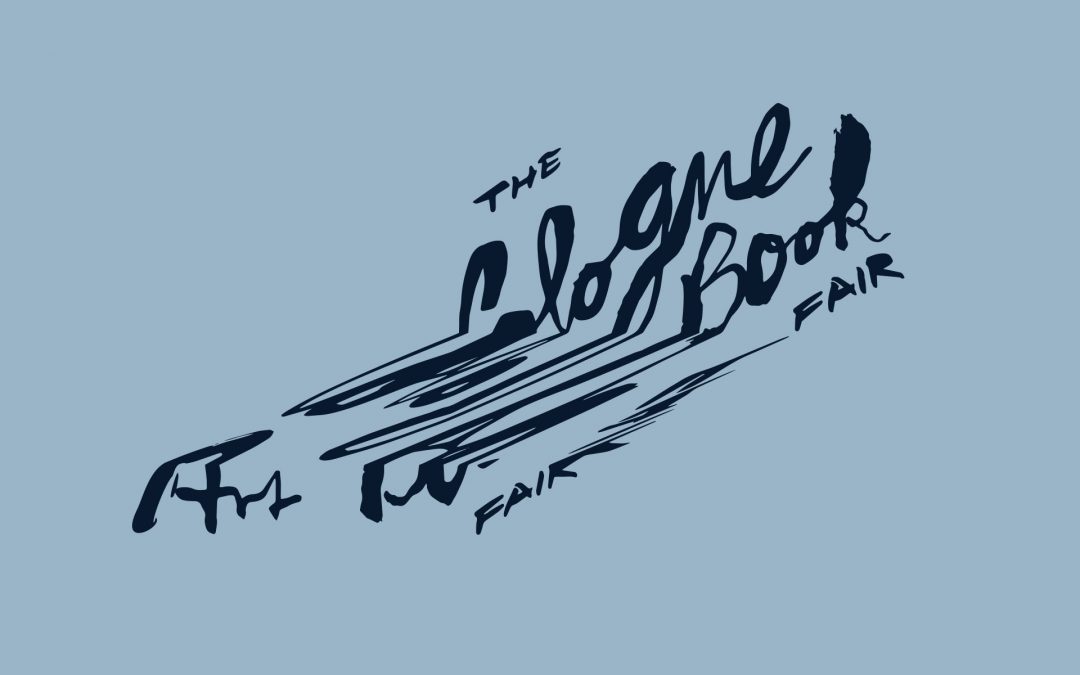 Since the launch in 2015, the Cologne Art Book Fair (TCABF) has developed into an international platform for artist books, zines, artist magazines and magazines unique in NRW. We thank all exhibitors of the last years and all participants who make 2019 our small anniversary possible:

On the 6th and 7th of July the 5th edition of TCABF will take place in the center of Cologne at the Kölnischer Kunstverein. In the anniversary year, the sales exhibition in the exhibition hall of the Kunstverein will be accompanied by a varied supporting program with book presentations, lectures and discussions.

As in previous years, TCABF 2019 brings together artist bookmakers, self-publishing artists, authors, publishers, art magazines, and initiatives that shape the artist book scene, even outside major international fairs. In addition to representatives from North Rhine-Westphalia and the whole of Germany as well as international guests, TCABF, in cooperation with the Kölnischer Kunstverein, is also seeking a link with the local artist scene. The broad spectrum of actors and formats shows how constantly current and multidimensional the medium is as an alternative space for new concepts. 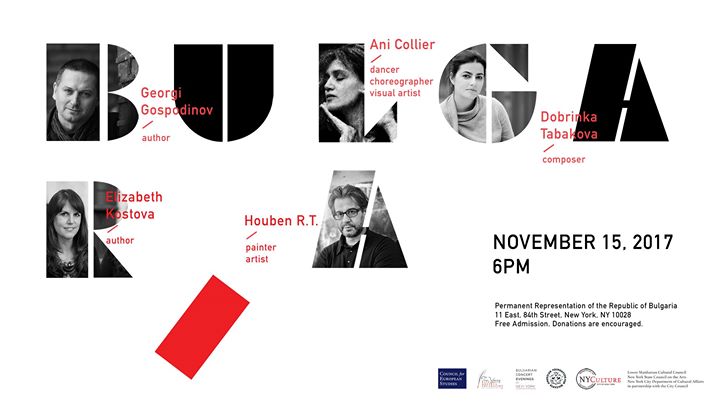 Please join us for an evening of Bulgarian music, literature, and art in celebration of EuropeNow Journal’s 1-year anniversary.

The event is hosted by the Council for European Studies (CES), the Elizabeth Kostova Foundation / Фондация “Елизабет Костова”, and Bulgarian Concert Evenings in New York.

Elizabeth Kostova holds degrees from Yale University and the University of Michigan. Elizabeth Kostova was born in Connecticut in 1964. She is the author of three novels, The Historian (Little, Brown, 2005), The Swan Thieves (Little, Brown, 2010), and The Shadow Land (Random House, 2017). The Historian was the first debut novel in U.S. publishing history to debut at #1 on the New York Times Bestseller List, has been translated into 40 languages, and won Quill and Independent Bookseller Awards. The Swan Thieves was also a New York Times Bestseller and has been translated into 28 languages.

Georgi Gospodinov is a poet, а writer and а playwright.
His book Natural Novel has been published in 23 languages, including English (Dalkey Archive Press, 2005), German, Italian, and was just recently translated into Icelandic as well. The novel has received praise from The New Yorker, The New York Times, The Village Voice, etc.

Dobrinka Tabakova is a composer of “exciting, deeply moving” music (Washington Times), with “glowing tonal harmonies and grand, sweeping gestures [which] convey a huge emotional depth” (The Strad). She has been commissioned by the Royal Philharmonic Society, BBC Radio 3 and Britten Sinfonia. Her debut profile album “String Paths,” on ECM Records, was nominated for a Grammy in 2014. In 2017 she becomes composer-in-residence with the BBC Concert Orchestra. Dobrinka graduated from the Guildhall School of Music & Drama and holds a PhD in composition from King’s College, London.

Ani Collier is a dancer, choreographer, director and visual artist. She was born in Bulgaria and trained at The State Ballet School in Sofia behind the Iron Curtain before moving to USA after the fall of the Berlin Wall in 1990.

Houben Tcherkelov is a painter and experimental artist who lives and works in New York. In his early photographs, film, and installations post-communist Bulgaria and Bulgarian art is a recurrent theme. In his more recent work, Tcherkelov paints images from American and other national currencies using impasto, glaze, foil, acrylic and watercolor techniques. In all of his work the artist seeks to suggest the way in which symbolic images legitimize national power.

Rafaelo Kazakov was born in Sofia, Bulgaria in 1963 in a family of civil engineers. In the mid-80s he began making the transition from a hobbyist to a photographer, consciously using the camera to make a statement in the tradition of the reportorial, socially-engaged photography of Robert Frank and Henri Cartier Bresson, who were his formative influences. During the years 1983-1990 he had numerous exhibitions and magazine publications in Bulgaria and abroad, and gained the confidence, technique and scope of thinking of an artist.