It’s official: Trafika Europe Radio will be ‘on the air’ from Sunday 10 May 2020! Please save the date! read more 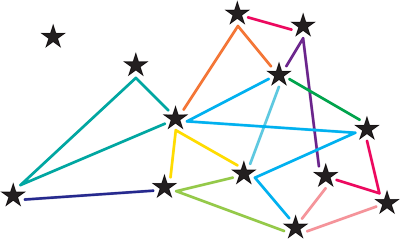 Partnership with European Society of Authors

… and here are some extra treats:

((1)) Here’s a short animated literary video, excerpting Ilma Rakusa’s The Wider Sea, narrated by the author in English translation:
Be sure to view in full-screen for best effect! 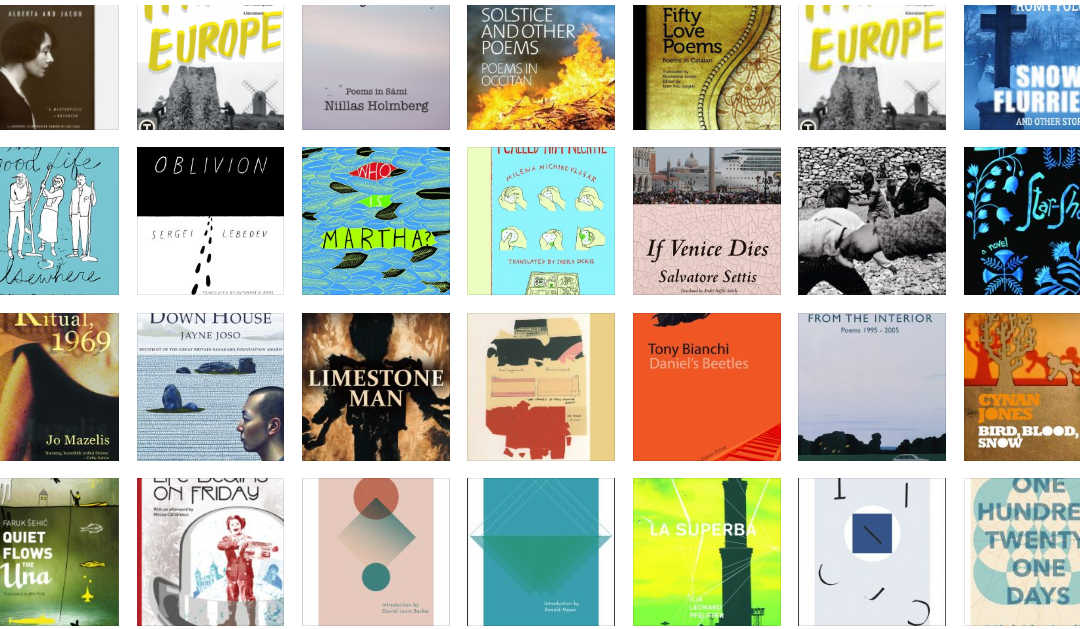 Trafika Europe is so pleased to announce the launch of a modest European bookshop on our site!

We’re starting with a small, choice selection of fine European literary titles, working carefully with some terrific independent publishers so you can know that every title in our shop is special — a real treasure trove.

Please check out our brief (2 1/2-minute) welcome video above. In lieu of a shop assistant, it highlights some current shop offerings, to help you find that special treat for you or someone you love.

Shipping is available worldwide in most cases, direct from publishers or their distributors. Please note that some publishers will be shipping your titles from the UK, and others from the US. So there can be great variety in shipping cost per item depending on your location.

We’ll be expanding this shop over the coming months, to include many more European titles and types of offerings — more news about that soon.

Let us be your go-to place for fine literature from Europe. And thanks very much for supporting our efforts here at Trafika Europe with a purchase in our shop. 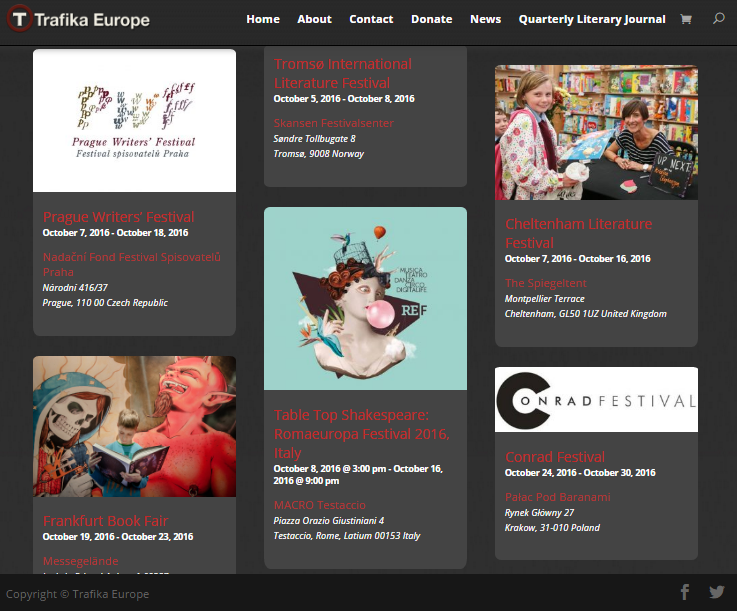 Trafika Europe is curating a new European literary events calendar, for events in, from and about the 47 Council of Europe countries.

In this sublime audio conversation (57 minutes, fully bilingual), Ukrainian poet Natalka Bilotserkivets (Наталка Білоцерківець) speaks of her development as a poet in the former Soviet Union and following. We enjoy an extensive discussion and reading of her poem, 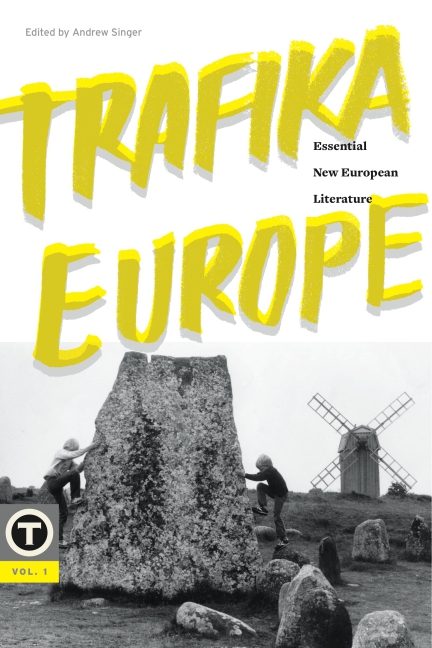 Wow – Trafika Europe‘s first book is here, with some very best choice offerings of new fiction and poetry from across Europe, from the first year of our journal. It’s a great gift item – published by Penn State University Press.

ections in this volume—from seven women and seven men, seven poets and seven fiction writers—represent some of the most accomplished writing in new translation from Europe today; this volume opens a window onto some emerging contours of European identity. Former ASCAP director of photography Mark Chester complements the writing with sumptuous black-and-white photos from across Europe. read more

It’s a rare privilege to welcome Maureen Freely to the Trafika Europe advisory board. As the current president of English PEN, chair of the Faculty of Arts at Warwick University, and former chair of the Translator’s Association in the UK, she brings an unparalleled depth of experience to the table.

Born in the US, raised in Turkey, a graduate of Harvard and now a transplant to the UK, she’s been blessed with multiple cultural perspectives over her career. This is combined with unusually fine sensitivity as a literary translator and writer. She’s translated five of Nobel Laureate Orhan Pamuk’s novels from the Turkish, published seven novels of her own, three works of non-fiction, and contributes to numerous major journals, including The Guardian, The Observer, The Independent, The Sunday Times, The New York Review of Books, and so on.

For a taste of her literary translation, you can check out “The Bohça”, a short story by formative Turkish writer Sait Faik Abasıyanık, which we published in our recent 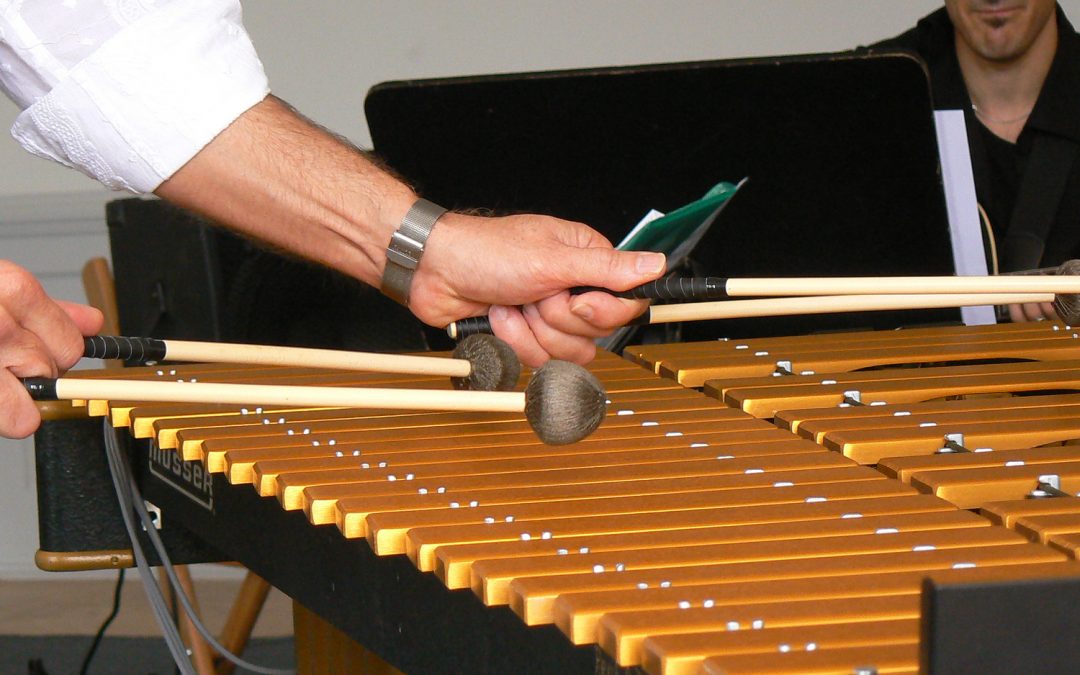 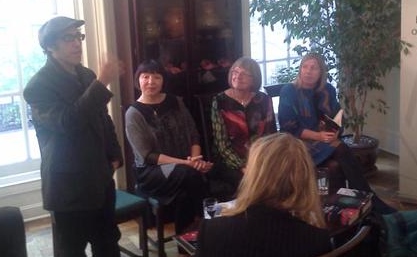 Trafika Europe event at the Latvian Mission in NYC

Trafika Europe hosted a warm and wonderful evening of Latvian literature at the Latvian Mission to the United Nations in New York, with three visiting literary lights: Nora Ikstena, Liāna Langa and Margita Gailītis, on Friday May 1st, 2015. As Ambassador Jānis Mažeiks noted in his introduction, we were “both legally… and culturally in Latvia” for the evening, and a bilingual approach greatly enhanced the readings throughout.

Translator Margita Gailītis read from Nora Ikstena’s short story collection Life Stories, with the author participating by reading the many expressions in Latvian which punctuate the English version. Liāna Langa read from her brand-new volume of selected poems just out in English, Deadly Nightshades. These poems, as she recited them in Latvian, have an incantatory, almost liturgical quality in the original, deftly handled by 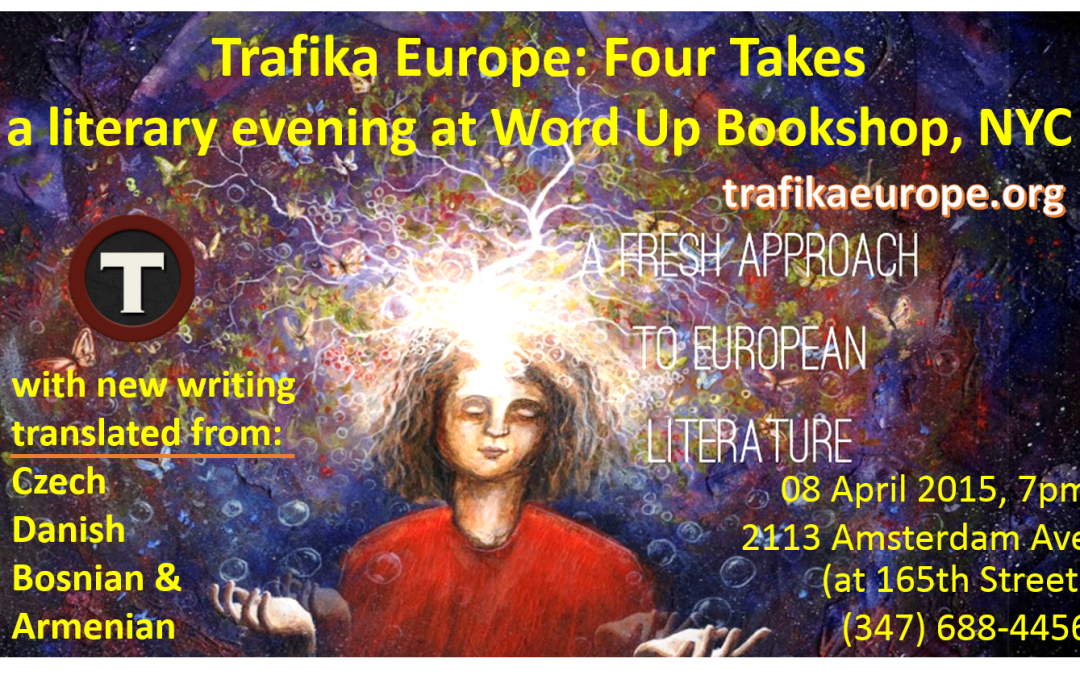 Trafika Europe – Four Takes was a great evening of works in translation from Danish, Czech, Bosnian and Armenian. In this, our first New York City event, four excellent literary translators presented and discussed their latest work, at Word Up Community Bookshop, in the Washington Heights neighborhood of Manhattan, Wednesday, April 8, 2015.

KATRINE ØGAARD JENSEN is a Danish journalist, writer and translator. She is Editor-in-Chief of Columbia: A Journal of Literature and Art, an Editor for the international literary journal Asymptote, and a judge for the prestigious Best Translated Book Award. She read and discuss her translations of poems by Theis Ørntoft, plus translations-in-progress of Hans Christian Anderson’s death poetry.

ALEX ZUCKER is Co-Chair of the PEN Translation Committee. He has translated novels by Czech authors Jáchym Topol, Miloslava Holubová, Petra Hůlová, and Patrik Ouředník. Love Letter in Cuneiform, his translation of Tomáš Zmeškal’s first novel, is forthcoming from Yale University Press in 2016. He read an excerpt from this exciting Czech writer.

JENNIFER ZOBLE is a writer, editor, educator, and literary translator. She translates literature from the Balkans and composes multilingual essays in text and sound. She is a founding editor of InTranslation, an online journal of international literature at The Brooklyn Rail, member of the PEN Translation Committee, and teaches writing at NYU. She read and discussed her current translation project, an autobiographical memoir by the acclaimed and colorful Bosnian author Miljenko Jergović.

MARINE PETROSSIAN is an Armenian poet and essayist, Laureate of the UNESCO-Aschberg Bursaries for Artists Programme // Djerassi Resident Artists Program. She lives in Yerevan, and is on a formal retreat in New York for one month as a grant recipient to translate her poems into English. She presented and discussed her own work as a poet and translator.

The evening was dedicated to helping

in our on-screen reading room