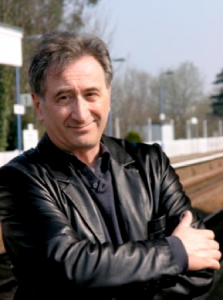 Celebrated UK-Hungarian poet and translator George Szirtes has joined the Trafika Europe Board of Advisors.

Szirtes brings to the board his considerable experience (dozens of volumes) as a poet and translator, as well as editor, creator of works for radio, television, and theatre, and his immense critical writing, garnering him collectively over two dozen literary honours and awards. Here are a few highlights from this literary career:

His first book, The Slant Door (1979), won the Faber Memorial Prize. Bridge Passages (1991) was shortlisted for the Whitbread Poetry Prize. Reel (2004) won the T.S. Eliot Prize, and his New and Collected Poems was published by Bloodaxe in 2008.

Szirtes has translated, edited, and anthologized numerous collections of Hungarian poetry, for which he has won such awards as the Dery Prize for Imre Madach’s The Tragedy of Man (1989) and the European Poetry Translation Prize for Zsuzsa Rakovsky’s New Life (1994). Just last month Szirtes received the Best Translated Book Award of 2013, for his translation of Satantango, a 1985 novel by Hungarian author László Krasznahorkai.

His own work has been translated into numerous languages and widely anthologized, including in Penguin’s British Poetry Since 1945. He is also the author of Exercise of Power (2001), a critical study of the artist Ana Maria Pacheco. He co-edited, with Penelope Lively, New Writing 10 (2001). Szirtes has written extensively for radio and is the author of more than a dozen plays, musicals, opera libretti, and oratorios.

Szirtes lives in England with his wife, the painter Clarissa Upchurch, with whom he ran the Starwheel Press. They collaborated on Budapest: Image, Poem, Film (2006). He is a member of the Advisory Panel of the British Center for Literary Translation, and is on the Advisory Board of the Poetry Book Society. He has been a member of the Royal Society of Literature since 1982.